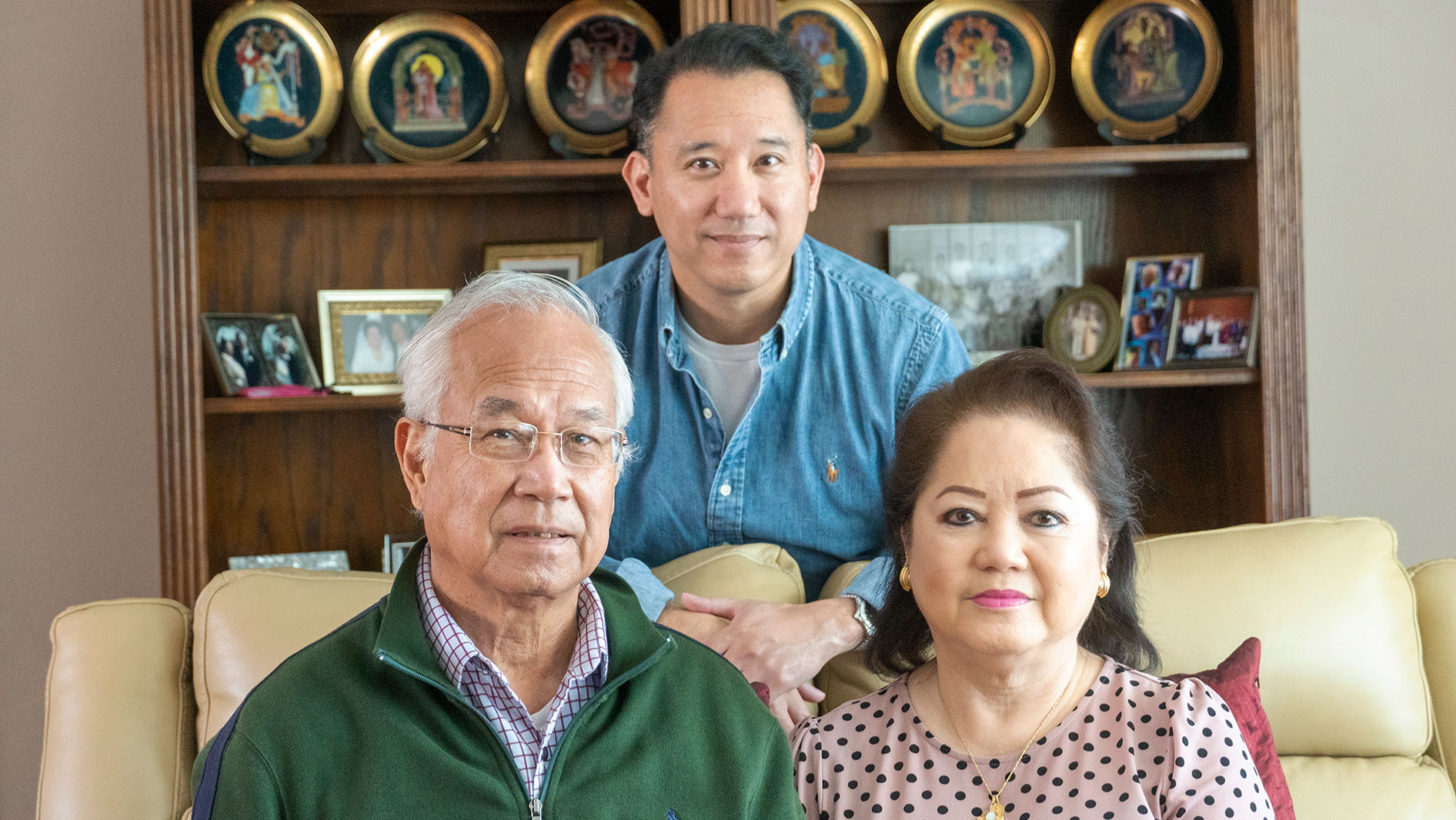 It seems that every few days there’s a new headline about an older Asian person being the target of violence. I’ve been vacillating between anger and fear since these attacks against Asian Americans and Pacific Islanders (AAPI) started increasing around the Lunar New Year. I had hoped that anti-Asian racism and xenophobia linked to the pandemic would decrease or stop completely as COVID-19 cases began dropping. Instead, the hate crimes have continued and even increased. I fear that these attacks will now be a part of everyday life – that they’ll become normalized.

When I learned that six Asian women were murdered in Atlanta it was a turning point for me – I felt physically upset. Then, a 65-year-old Filipino woman in Manhattan was stomped on and no one offered to help her. My thoughts immediately went to my parents. My mom and dad are in their late 70s and 80s, and they take walks every day to maintain their health. Now, I’m worried for their safety.

My parents immigrated from the Philippines to the United States in the late 1960s for the prospect of a better life and the “American Dream.” A lot of professionals came to the United States at that time – my mother was an accountant and my father worked in insurance before moving on to real estate. They settled in Daly City, Calif., where I was raised in a multicultural working-class neighborhood. We’ve always tried to assimilate, and even though we’ve had some racist experiences in the past, it’s nothing like the violence we’re seeing now.

It’s strange to feel like I’m put in a position to have to parent my parents. I feel responsible for their safety in the same way they did for me and my younger brother when we were growing up. And I know I’m not alone: Many within Gilead’s AAPI community have expressed similar fears for the safety of their older relatives, and some have even been the target of verbal and physical attacks.

Shortly after the violence began, my colleagues in the Gilead Asian Interest Network (GAIN) employee resource group and Gilead’s Corporate Giving team quickly came together to help efforts to address anti-Asian racism. We identified four organizations to support that are assisting Asian communities in the United States and working to combat hate crimes, and we launched an employee giving campaign with a 2:1 match. Together, we’ve raised more than $160,000.

GAIN leaders have also reached out to mayors across the San Francisco Bay Area with the help of our Government Affairs team, asking them to take action and offering our partnership. Our colleagues at Kite did the same in Southern California.

In Foster City, Gilead recently received a proclamation from Mayor Sanjay Gehani that denounces the rising attacks against Asians. In it, he emphasizes the importance of unifying against violence directed at the AAPI community.

In Oakland, we’re finalizing a proclamation from Mayor Libby Schaaf denouncing violence against Asians. We’re also partnering to take meaningful action to protect Oakland’s Chinatown community. Gilead will support the procurement and installation of surveillance systems in these neighborhoods, as well as provide the training needed to operate the sophisticated security programs.

In addition to these external initiatives, a number of attorneys here at Gilead have partnered with Legal Aid Society of San Mateo County to help establish a pro bono program specifically to provide legal services for survivors of violence in the AAPI community. GAIN has also received an outpouring of solidarity from other employee resource groups representing our many diverse communities, and through a series of internal listening sessions, colleagues came together in a safe space both to share their personal experiences or to show their support.

It has been encouraging to see our colleagues, business leaders, elected officials and community partners come together to support our AAPI communities and each other in these efforts. Mayor Gehani, in particular, expressed his solidarity with us and Legal Aid Society of San Mateo County in our outreach to those who have been the target of violence. It’s also a comfort to know that Gilead leaders stand with us and care about us. If this same ethos can spread around the world, then hopefully this difficult moment in time won’t be the new normal and will instead be an aberration of history.

Amiel Balagtas is Executive Director, Medical Communications and Operations at Gilead and a leader of GAIN.