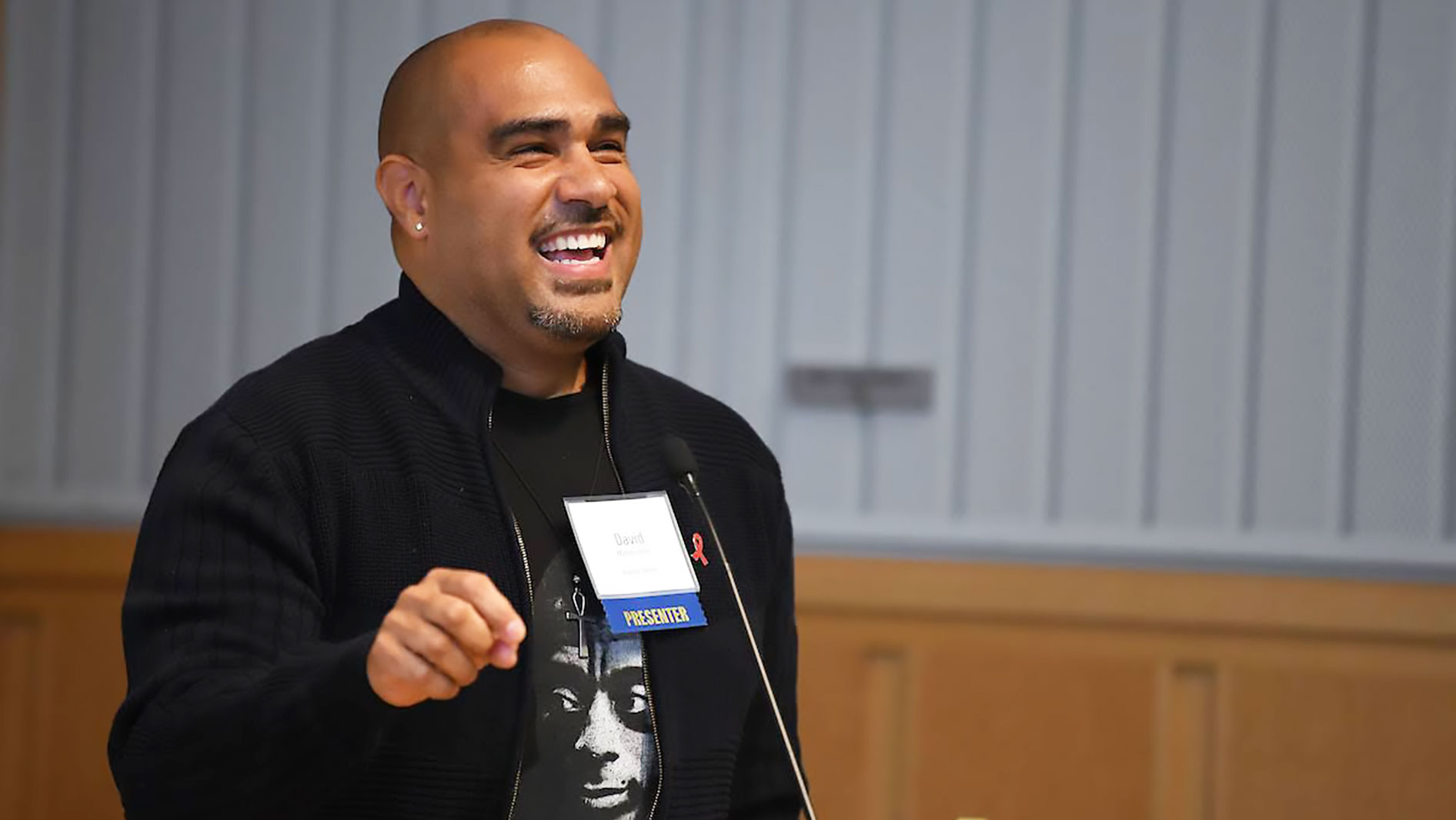 As a physician who specializes in sexual health and HIV, David Malebranche treats one patient at a time in the clinic. As an activist and a writer embedded in the intersection of Black, LGBTQ+ and HIV communities, he actively uses social media to reach thousands. And now, after joining Gilead as Senior Director of Global HIV Medical Affairs in April, his goal is to make an impact on a much larger, worldwide scale for people living with HIV.

“My plan is to engage healthcare providers, healthcare systems and communities on various platforms so we can improve the lives of people everywhere affected by HIV,” he says. More specifically, David will be applying his HIV knowledge in the area of treatment for people around the world.

David brings with him more than 20 years as an internal medicine clinician specializing in HIV and qualitative research. After stops at Emory University and the University of Pennsylvania, he most recently worked at Morehouse School of Medicine, one of the country’s historically Black colleges and universities.

Since most of his work has been in the United States, he says he welcomes the opportunity to strategize on HIV treatment at Gilead and help “bridge the divide” with teams that have a global impact.

The divide he’s referring to are the systemic issues of stigma and discrimination that continue to drive the HIV epidemic. “We have great tools for prevention, we have great tools for treatment,” he says. “The only problem is that we live in a global society where there are profound health inequities that drive whether people can access these medications.”

Beyond Routine Care: The Healing Conversations of Sharing His Personal Story
HIV is very personal for David. HIV has rocked his community. He has friends who have died, and many who are living with the virus. In 2007, he also found himself on the other end of patient care when he learned he had HIV.

David is intentionally open about his diagnosis, as he is about much of his life and how he identifies as a same gender loving (SGL) man. “Being at the intersections of Black and SGL, I’m a firm believer that if you don’t tell your story, then it won’t be told – or even worse someone else will tell it for you,” says David. “I don’t want somebody else to tell my narrative. I’m the author.”

For David, telling these stories is an important way to educate and let others know that they aren’t alone.

Before going to medical school, he was an English major at Princeton University and has always enjoyed writing. When it came time to write scientific papers and give conference presentations as a physician, it always came naturally to him. He uses this talent to write numerous longform essays, which appear in various publications like his recent Scientific American article, where he spotlights how medical systems can sometimes fail the communities they are intending to serve, despite advances in HIV care. And then there’s the memoir he wrote, inspired by his Haitian father, a surgeon, who died in 2020, and had a large influence on his decision to become a doctor. The book was titled, “Standing on His Shoulders: What I Learned About Race, Life and High Expectations from My Haitian Superman Father.”

Using Social Media as a Force for Global Health Literacy
David admits that being from Generation X he didn’t grow up with social media, but he knows the value of it and has seen it generate more public attention than any of his scientific papers.

“Social media is the global platform where people will get information. If we as scientists and healthcare officials don’t utilize it, the false narratives will come out,” a problem he saw flare up during the COVID-19 pandemic, and which he believes continues to plague the HIV space.

“It’s our job as scientists to help educate and translate, to also use more simplified language so that anybody can understand it. Otherwise, we’re speaking in an echo chamber.”

David understands how privileged he is to be in a position where he can have a soapbox and connect with people. He knows he can tell a story that demonstrates either how clinical providers are doing well by patients or conversely show examples of what not to do, and it can get amplified on social media. “That’s a powerful tool we need to use to reach people,” he exclaims.

Paving the Way for Healthcare Leaders
By continuing to share stories publicly, David realizes he can encourage the next generation of healthcare providers to do the same.

“If you don’t see folks like you, then you don’t think it’s possible,” David says. “There’s so much variety right now in ways people can make a difference in the healthcare field.”

In his new role at Gilead, David is paving the way for other healthcare leaders, by sharing the various approaches they can use to help inform the world. From treatment to prevention, to education and writing, David’s new role will still be focused on treating people living with HIV in a way that's been consistent with what he’s done his whole career.

“The only difference is now I’m approaching HIV care globally on a platform from within pharma.” 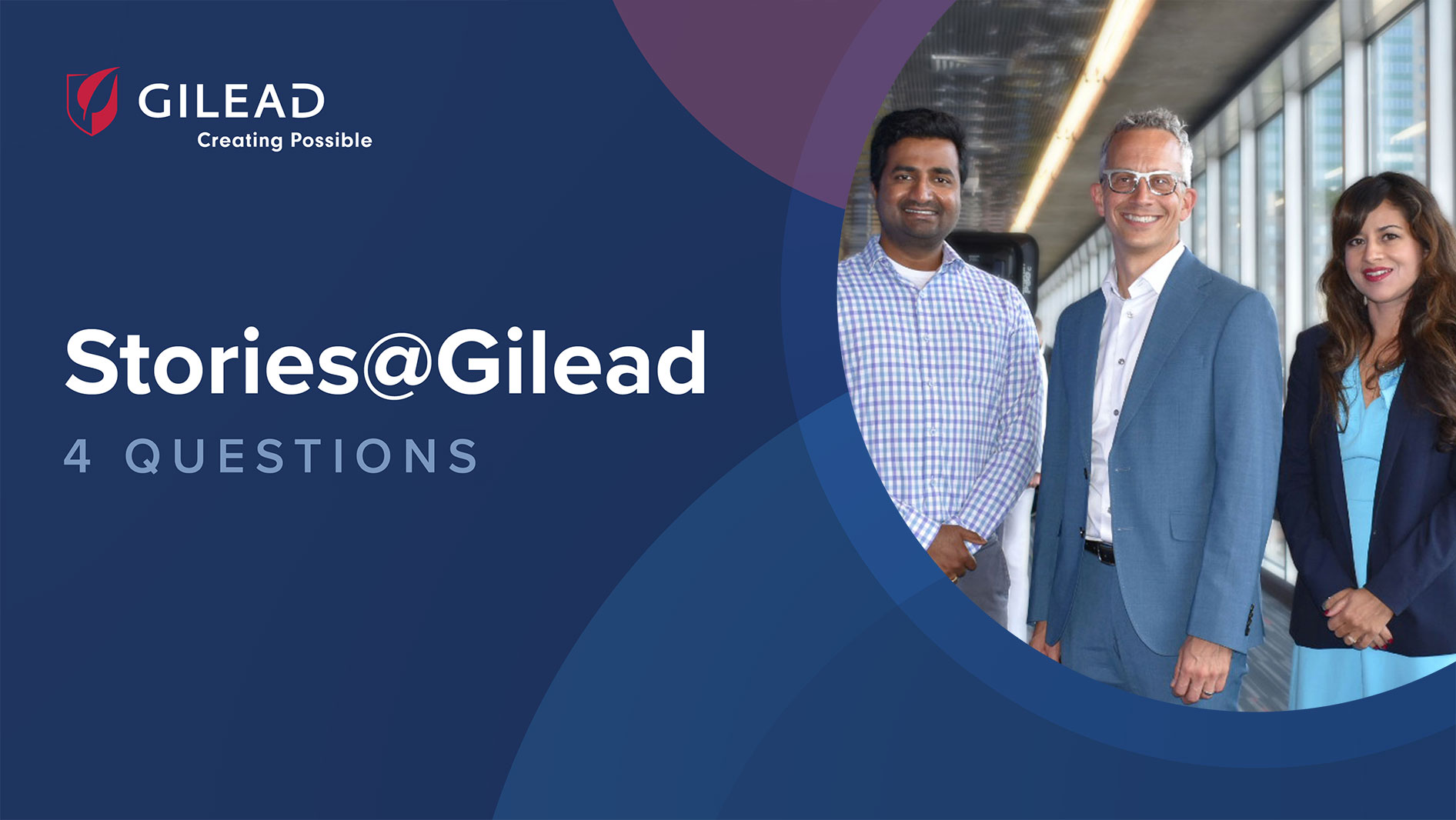