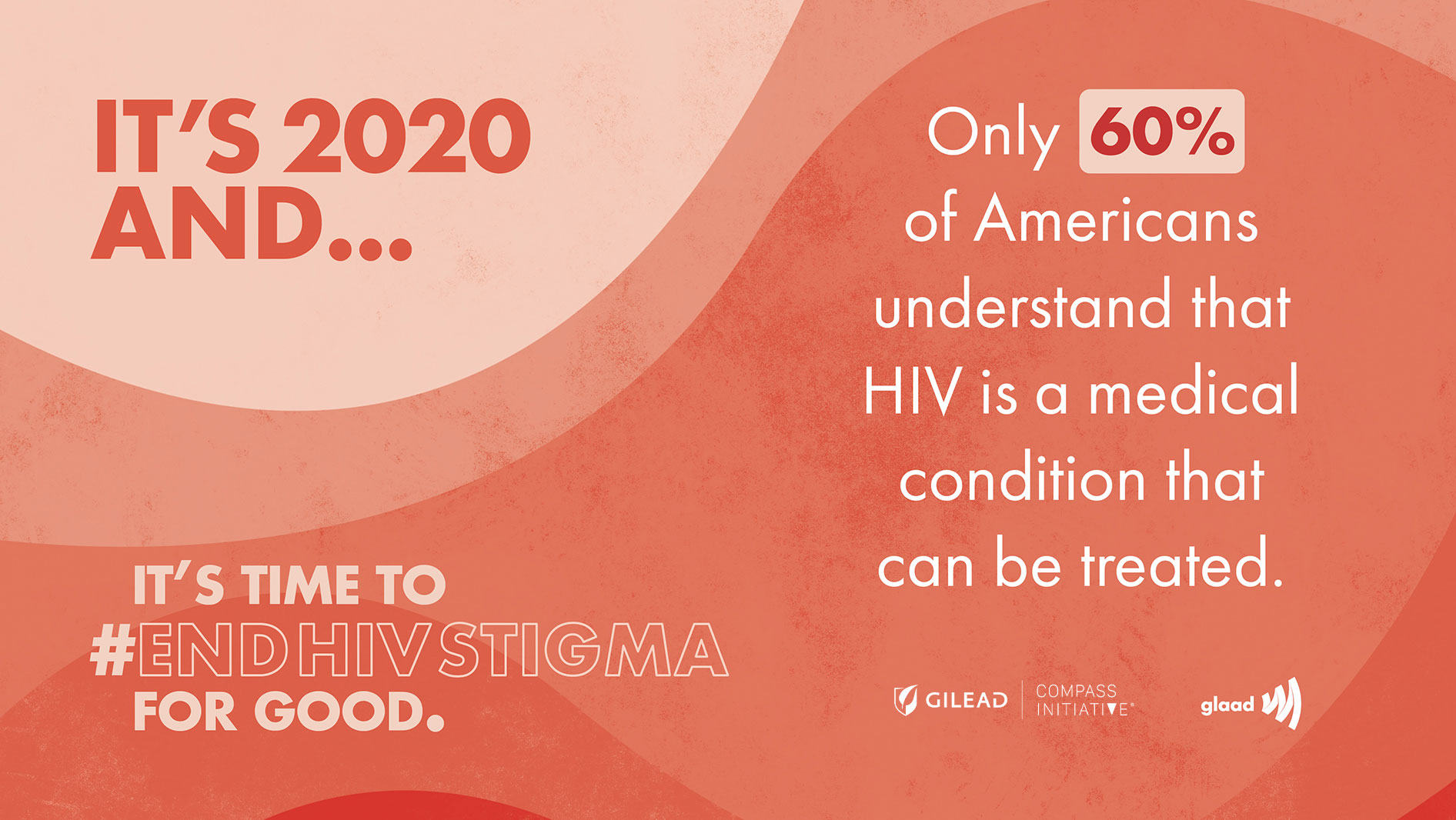 A new study recently released shows that many people in the United States are misinformed about HIV – only 60% of people surveyed understood that HIV is a medical condition that can be treated. The ongoing stigma around HIV challenges efforts to prevent and treat people living with HIV, and creates public health issues throughout the United States.

GLAAD partnered with Gilead through its COMPASS Initiative for The State of HIV Stigma Study, conducted online with a national sample of 2,500 adults, age 18 and older.

The study results marked the importance of prevention efforts – more than 90% believe prevention should be a priority and that schools should provide prevention information to students. Persistent stigma, however, hinders important conversations about HIV.

Ongoing education programs, such as Gilead’s COMPASS Initiative and GLAAD’s Studio Responsibility Index, are working to break down these barriers. The COMPASS Initiative works with hundreds of organizations in the Southern U.S. to help foster conversations, increase education and fight the stigma around HIV in the region, while GLAAD’s Studio Responsibility Index examines the quantity, quality and diversity of LGBTQ+ characters in films released by major studios.

Slightly more than half of those surveyed have seen stories about people living with HIV in the media. The percentage of viewers is expected to increase as television shows and other forms of media that prioritize diverse representation enter mainstream media.

“We know that HIV stigma won’t be erased by a single survey, article or television show,” says Korab Zuka, Vice President of Corporate Giving at Gilead. “The social, financial and geo-specific factors that hinder education are still significant challenges to our work. But together, inch by inch, story by story and state by state, we can end HIV stigma and get that much closer to making the epidemic a footnote in history.”