Since childhood, Takahiro Kodama has been inspired by the pursuit of breakthroughs. His father, a cosmologist and theoretical physicist, instilled in Takahiro an appreciation for scientific discovery.

His aspiration guided him toward medical research. Specifically, Takahiro was motivated to better understand liver cancer – and potentially discover a cure. He became a hepatologist and began researching hepatocellular carcinoma (HCC), a form of cancer that begins in the liver.

Early in his career as a physician scientist in Japan, Takahiro was struck by the disproportionate prevalence of hepatitis B and hepatitis C in Japan and other Asian countries. This significant unmet medical need struck him, especially because both viruses can develop into HCC.

“There are several treatments for HCC that can extend a person’s life-expectancy, but they can’t completely eradicate the cancer,” Takahiro says. “It’s very important for us to study the more detailed mechanisms of how this liver cancer develops and progresses to be able to actually work toward a cure.”

Pursuing a Breakthrough
Takahiro was awarded a two-year scholarship from Gilead’s Research Scholars Program, which enabled him to begin his research. The program supports researchers early in their careers working to advance the understanding of unmet medical needs around the world.

Although he had made an important discovery, simply identifying the gene was not enough. Takahiro needed to comprehend the genetic workings to more deeply understand HCC.

He worked with his mentor on in-vitro experiments with the cancerous cell line to study the function and mechanism of the gene in question. The implication of this study’s findings validated his hypothesis that activating the identified gene may potentially halt progression of liver cancer. 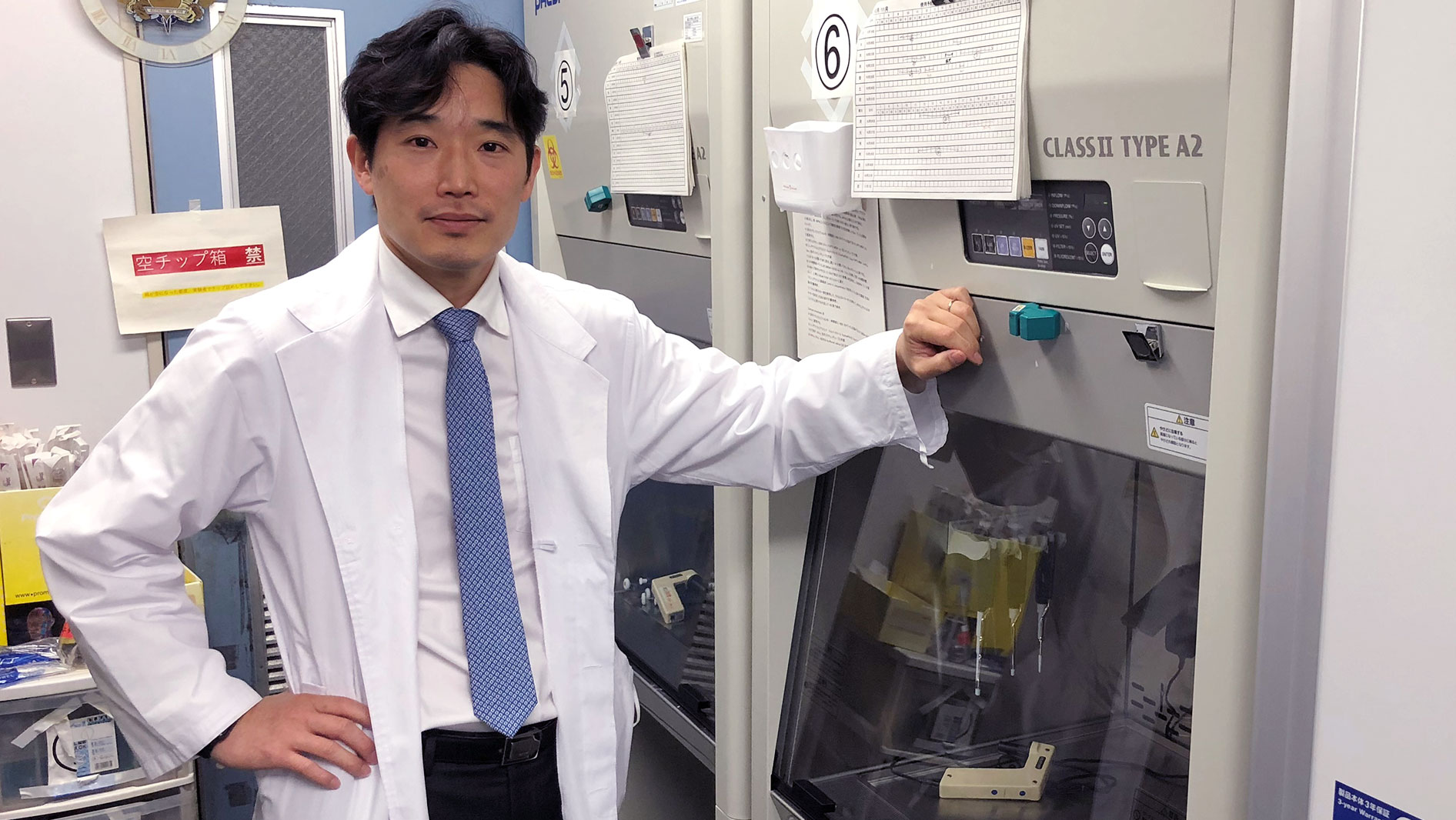 For Takahiro, it’s an extremely encouraging discovery – as he continues his research, he is now focused on validating the targeted gene’s function in the human cell line.

“This gene is not known for its connection to liver cancer,” Takahiro says. “It’s very important for me to continue my research and validate its significance in patient samples, especially in samples taken from patients with advanced stages of disease.”

He’s motivated by the potential impact the discovery could have one day for people living with HCC.

“Liver cancer is devastating,” he says. “What I want to do most is to find a cure to help people.”